G2A.CO / Employee blog / How Being Sus In Among Us Is the New Trend

How Being Sus In Among Us Is the New Trend

A game focused on lying made people come closer in 2020.

Unless you’ve been living under a rock for the past few months, you might have seen a lot of “sus” (short for suspicious) on the Internet. This comes from Among Us, a game that became crazily popular mid-2020. It’s actually been released in June 2018, but it was during the COVID19 pandemic when streamers and gamers noticed its incredible potential.

>So, what’s the game all about?

Among Us is set on a spaceship where up to 10 players can be part of its crew. Their job is to maintain the ship’s functions and deal with any hardware failures. However, among the crewmates lurks an impostor, a player whose role is to sabotage the whole operation and kill off their “fellow” team members. In other words, wreak havoc and get away with it. If the actual crew wants to win, they need to find the impostor and throw them off the ship before their enemy kills off most of the team.

While you go through the ship, you must stay alert for anything out of place — a DEAD CREWMATE for example. If you notice any casualties, it’s best to report them. And this is where the fun begins.

That’s also the moment where it turns out that Among Us is also a perfect opportunity for some major team building.

And at this very second we become more like one

Luckily, our company allows employees to work from home so that they can remain safe from any possible exposure to the virus. Unfortunately, this means our small team doesn’t get much chance to see each other very often. I live 70km away from the office. This makes it even harder for me to go and see my workmates, even if I felt comfortable commuting that distance on public transport.

We use Teams, Telegram and the like to communicate and cooperate on a daily basis, but they don’t make them social interactions like they used to anymore. Lukasz, our copywriter, would often ask everybody at 11am on the dot if we wanted to go grab lunch at the canteen. We would often agree and go together as a group of 4–5. Aside from the food, we’d discuss what’s going on in our lives, what are our plans after work, ask about movies and songs. It was a great 20–25 minutes of the day for us to bond.

We do not get to share these moments now. That is why our great wise team leader thought of using games as a way to spend some time together outside of work. We chose Among Us for the following reasons:

The 8 of us agreed to start playing at 10pm.

When the time has come, we all logged in and created a private lobby. A couple of hiccups happened along the way, but soon we were ready for our first session, all thanks to the leader we chose to get us through this ordeal successfully. Mikey Shines, our streamer, took on this role, and the boogaloo commenced. While we were waiting for others to join, we took our sweet time to make fun of ludicrous nicknames and outfits people chose. Mikey, for example, wore a cowboy hat and a suit. He was strutting around in it like he was super proud of that attire. He was rightly mocked for it, but this built the connection we all missed since we went apart.

Some people were not exactly sure of what to do in the game, but a quick explanation was enough for them to grasp the rules. Soon, we were ready to rumble. By the way, this is what fooled me a little. I knew that at least 2 people on our team had not played the game before, so I automatically assumed they might not be too good at it.

Assuming is something I regret doing.

Five minutes later we finally started the game. An impostor was randomly chosen, and the rest of us, including yours truly, were oblivious crewmates. I decided to go to the bottom of the ship to make some repairs. 2 tasks later a dead body was found, and an emergency meeting called. One of our most outspoken colleagues, Mikey, likes to play the devil’s advocate. He was the one to call the meeting. Of course he automatically said he was innocent and told everyone he saw pink go into the vents. The thing is Mikey’s a tease and loves to play with people’s minds, so we decided he should be thrown out, just in case.

And kick him out of the ship we did, but (alas!) he was not the impostor. However, this was a moment of incredible unity and synergy within our team. I am sure our team leader would be proud to see us stand as one, even though we just sent a completely innocent person to explore space without any oxygen. There wasn’t any proof in favor of Mikey in the chat, so we unanimously decided to deal with him accordingly.

At work we need to find solutions to problems together, just like here, but the thing is that with Among Us we have a time limit, and a rather punishing one at that.

Later on it turned out that good ol’ Shiney was right. Pink was the impostor, and I fell by their dagger next. They just came out of nowhere and stabbed me in the back while I was doing my own thing. My body was found 10 minutes later. To be honest, I expected my team to care about my wellbeing a bit more than they actually did, and I was not too happy about that.

The game carried on for an hour. The impostor was found out, eventually, but not before they killed off most of the crew. And no one even bothered to call emergency meetings.

The most ironic thing about the whole ordeal is that the new team member, Kamila, was the impostor. She was more than happy to use the tired “Guys, I don’t even know how to vote, what is going on” line to fool us into thinking she has absolutely no idea what she’s doing. She played the game very well and lied through her teeth in such a way that people did not expect her to be the impostor until it was too late. Kamila was doing her killings when no witnesses were around. Cunning. I assumed she was being genuine. And to think this was her first time!

Voting was an interesting process as well. Surprisingly, it was the calmer individuals who were more persuasive in their arguments, and others trusted them more than those who were more outspoken. So if the quiet guys voted for X, Y or Z, others would follow their suggestions. Makes you think, doesn’t it?

Proof games can be amazing for socializing

I believe we all had great fun in Among Us, and we will surely use it again the future for team bonding. With its gameplay depending on social interaction, this game was a perfect fit for socialising. We have some ideas on when to play it next, and I for one can’t wait for it to happen. The Telegram group made specifically for playing Among Us has 14 members as of now. We spread the word and more people from our company wanted to get a piece of the action. 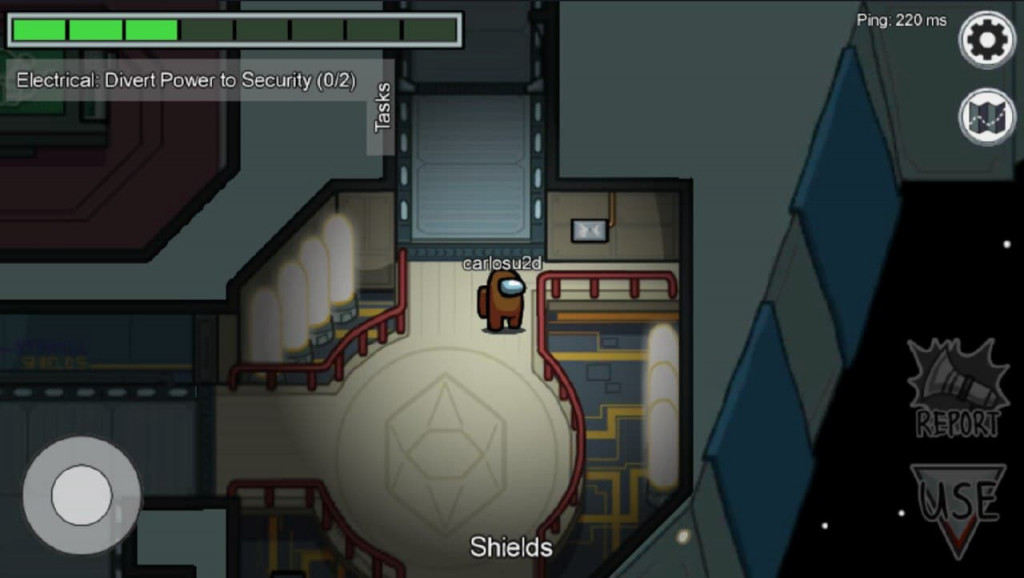 In my opinion, this was the best way to interact with my team without having to leave my own home. It was also a great way to talk to them, unwind a little, and not think about anything work-related. An excellent team building exercise without actually being one.

Among Us is not just a great game for finding new friends online. It’s a fantastic team-building exercise (whether you can trust your teammates or not is another story). It’s accessible on pretty much every device, it’s free-to-play on mobile phones, and it’s simply awesome. Among Us is one of the proofs that online games are an amazing opportunity for bonding and building stronger, more cohesive teams. Be sure to give it a go!