G2A.CO / Newsroom / Boy who used gaming knowledge to save his sister inspires awards for exceptional gamers

Dalaran, Wednesday, 25th March 2021: New gaming awards have been launched today to celebrate the achievements and contributions of video game enthusiasts around the world.

Bravery, quick thinking, and teamwork are among the skills many gamers develop through play. Those who put these skills to use in the real world will get the chance to get the recognition they deserve at the Gaming Champions Awards.

The story of a young boy who used his gaming experience from World of Warcraft to save his sister from a moose attack is the first one worth noting, with more winners to be announced over the next months.

The Gaming Champions Awards are aimed at highlighting those who bring their passion for gaming into real life, demonstrating extraordinary empathy and skills that help find new solutions to life’s challenges, while at the same time contributing to a better community for gamers and the world in general. The widespread popularity and accessibility of games makes it possible for anyone – regardless of their demographics – to be the champion that sparks a positive change.

Back in 2007, the then 12-year-old Hans and his 10-year-old sister got attacked by a wild moose while on their way to school. 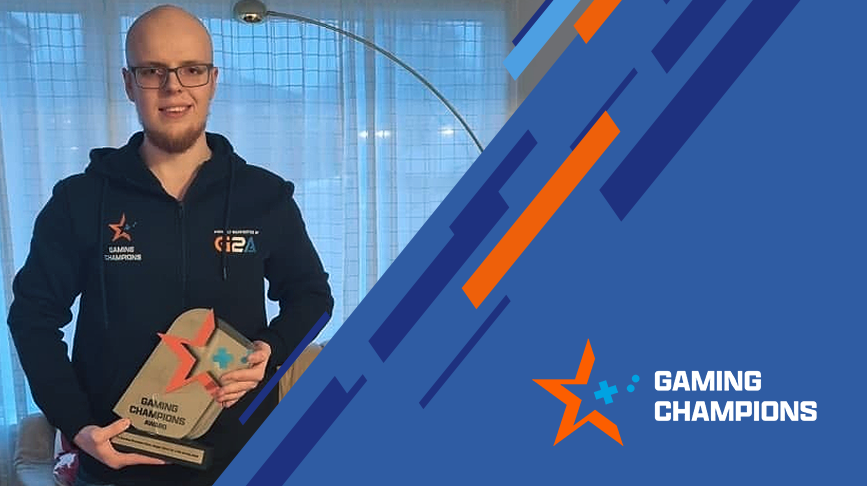 Hans’ quick thinking and gaming knowledge saved their lives that day. His actions and what inspired them are explained in a new way by Hans in his Gaming Champions video.

This is just one of many stories that led to establishing the Gaming Champions Awards, with Hans as the title’s first recipient. As a testament to what he achieved thanks to the knowledge he picked up from World of Warcraft, Hans was honored with the award alongside a PC worthy of a true gamer (with RTX 3070 & Ryzen 5 5600X on board), and a hoodie that is a clear statement of who he is – a true Gaming Champion.

Bartosz Skwarczek, the CEO of G2A and founder of the initiative, said:

“The growing number of gamers around the world are forming a skilled and confident community that can help solve real world issues, contributing to a more collaborative tomorrow. Hans’ story is just one of many examples that we believe unveil the real power of gaming. That’s what the Gaming Champions Awards are about – rewarding those who use gaming to make a difference in the real world.”


Hans is the first to be awarded, with more Gaming Champions due to be unveiled over the next months.

What exactly is Gaming Champions?

Gaming Champions’ goal is to show the society that games can have an incredibly positive impact on our daily lives. They are not only entertainment, but also a tool for telling stories, building empathy, learning or creating memorable experiences.

In order to distinguish as many people and stories as possible, we have singled out four categories of winners and we have already identified plenty of people to be awarded in each category. Yet, we feel there is more to the GC initiative. We believe it can grow beyond our initial idea and include even more unique examples of gamer empowerment.

You can submit your candidates for the Gaming Champions awards here. You can also suggest them using the #GamingChampions hashtag on social media. We will research and verify each case, as well as consult it with our Advisory Board that consists of gaming-related figures and professionals.