G2A.CO / Employee blog / 5 Things I Learned About Gaming From Working At G2A.COM

5 Things I Learned About Gaming From Working At G2A.COM

For a skeptical soul like me, only practical experience could’ve shown me the truth.

I can’t say I’m a person with no biases. The truth is, we’re all biased toward something in some way. What did I think of gamers before I began working at G2A?

Not much, but my feelings towards the gaming industry were neither negative nor positive — they were neutral and I entered this job just as I would enter any other industry I didn’t know much about. I just knew that in order to be good at what I do, I needed to learn the in’s and out’s as much as I could.

When it comes to gaming, I never really considered myself a huge gamer or geek. The only thing I was really into was religiously playing The Sims and Need For Speed somewhere in elementary school, but the moment high school came along I had different priorities and gaming went on the backburner.

And oh boy, was there a lot to learn here at G2A. There were moments where I definitely felt like an outsider because I didn’t understand the gamers’ jargon or had no idea what my coworkers were talking about. Nonetheless, with their patience and desire to share the gaming world with me I got to learn about gaming from a different point of view.

Instead of looking at it from the outside in, I finally saw it for what it really is, from the inside out. Here are the most important things I learned about gaming from working at G2A.COM: 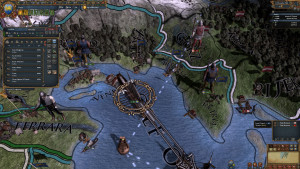 Yep, it’s not all blood, skulls and swords in here. Seriously.

While I knew there are so many different types of games, I must admit I was quite oblivious to the number of games that can actually teach you something. Plus, I thought that most educational games are for kids in kindergarten or in elementary school. But that’s, I guess, just an ignorant theory I instilled in my brain before I was presented with hard evidence. I’ll admit it, I was wrong.

It wasn’t until G2A began to develop their G2A Academy course that I changed my mind. Since I’m a copywriter, I had to read everything (more than once) and found out about dozens of different, educational games.

Take Civilization for example, a series about how civilizations develop; Europa Universalis for all those who love politics and at the same time, those who don’t differentiate between a monarchy and a democracy but want to learn about it; or Immune Defense, where you’ll learn about infections, diseases and biology in general.

2. The geek culture is real

I honestly never liked mainstream dictionaries’ definition of a geek. Oxford says it’s an “unfashionable or socially inept person”, meanwhile Merriam-Webster writes that a geek is “a person often of an intellectual bent who is disliked”. But do these definitions even encompass a fraction of who a geek really is? Eh, nope.

I may be sensitive to it because throughout school I was called a geek or a nerd myself. The aura of these words never carried a positive connotation, but I never really saw anything wrong with being a nerd. Just because I teared in my Calculus II class the time my professor showed me the proof for the area of the circle, doesn’t make me socially inept. Maybe eccentric a bit, but I was never really disliked for it.

Same thing with geeks. Just because you are a geek doesn’t mean you’re a social outcast. What it does mean, though, is that you are passionate about a certain subject or hung up on a topic until you become an expert in it.

Take Piotr Radzięda for example, G2A’s Community Team Leader who raved about a miniature he just added to his collection and spent hours on hours painting it. It’s just one of the many, many examples of what a geek does in his spare time, but if that’s not dedication, I don’t really know what is.

3. There is no such a thing as a “typical” gamer 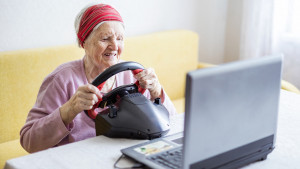 I don’t know about you, but even though I used to play video games as a child and into my teenage years, whenever I thought of a gamer I subconsciously imagined an anti-social, angry male playing some gruesome game in his mother’s dark basement.

Although my previous depiction is far from the truth of who a gamer is, you can’t really blame me for it — this is the way society and media paints those who enjoy playing video games.

Women are just as likely to play video games as men. In fact, women make up for nearly 41% of gamers in the United States, and 40–45% of gamers in Asia. That’s a huge number, considering that 48% of world’s total gaming revenue comes from — you guessed it, or maybe didn’t — Asia.

Did you know that the average gamer is between 35 and 44? This might definitely come as a surprise, especially to those who think most gamers are teenage boys and young adults. As you might have seen in “High Score” on Netflix, in the 70s and 80s the majority of gamers were actually teens. Nowadays, however, there are even gaming parties which are attended by teens and older people alike.

Gamers aren’t antisocial, don’t project violent behaviors and aren’t only men. Thankfully, year by year, these stereotypes are being diminished and the media is beginning to look at your average gamer with a more meticulous, non-judgmental eye.

4. You can turn gaming into a career 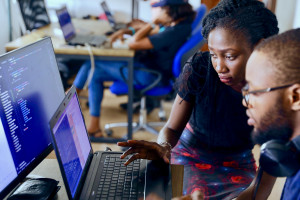 I can’t even count the amount of people I’ve met in my life that I personally encountered scolding their partners, children or family members for playing video games. “Video games won’t get you anywhere”, “Instead of playing video games, maybe you should study/get a better job/do chores”, “How are they supposed to have friends if they won’t even leave their room?”

First question I was asked during my interview at G2A was if I am a gamer — and to be honest, I can’t call myself such. I thought it was just another question from the list, but as I started working here I realized I know less about video games than 99% of people who work here. Everyone on my team and as far as I know, most of the people from other teams are avid video game players and have been for years now.

It doesn’t matter if they’re copywriters, software developers, marketing specialists — everyone at G2A is connected to gaming in one way or another. In general, if you’re an avid gamer you can find jobs in game design, computer programming, graphic design and more.

Even audio engineers, translators and writers will find a career for themselves in the gaming world. And let me not forget to mention streamers and YouTubers who make thousands, if not millions of dollars with their gaming content. Check out this awesome article from Skillshot Media on Careers in Gaming from A to Z.

On the other hand, just take a look at PewDiePie, one of the world’s biggest streamers:

5. The gaming market is worth almost $150 billion now 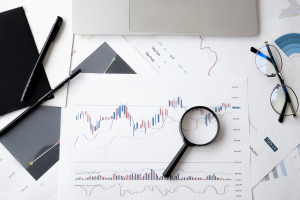 If you’re not interested in gaming, this number may seem really abstract to you. Well, to put it in perspective for you, the dietary supplements market (vitamin C, calcium, magnesium etc.) is worth about the same. In comparison, you definitely know someone who is vegetarian or vegan. Vegan products market is worth around $12.7 billions of dollars, which is significantly less than the gaming market.

What does that mean? That there is dozens of millions of gamers in this world who enjoy it and that number is only going to continue to grow. So instead of putting gamers into one basket and closing them off from the world, we might as well accept that gaming isn’t going anywhere.

Would dozens of millions of people use gaming because they like to look at violence and blood? I don’t think so. So let’s stop stereotyping gamers who are not just like just like anyone else. They ARE anyone else.

A gamer can be an old grandpa whose kids left and he uses it to connect to other people and players. A gamer can be a businesswoman who deals with billion dollar deals during the day and uses gaming to take the edge off at the end of the day. A gamer can be a young boy who loves soccer games but his parents can’t afford soccer classes. There are so many scenarios you wouldn’t even know.

I think with age I grew into a person who proudly admits when they’re wrong about things. It’s liberating, to say the least. I was certainly never against gaming, but I have to admit that working in the gaming industry showed me video games are not only for introverts with nothing better to do.

I can also hear my gamer and geek coworkers launching their missiles at me as they’re reading this (love you guys), but the good thing is, G2A changed my mind and taught me that games are so much more than just a way for time to pass.

As a result, I picked up SimCity again, which taught me several life lessons now that I’m almost two decades older than when I played it for the first time.

By Kamila Hanson, Copywriter at G2A.COM