5 Heroes Who Used Video Game Skills to Save Lives

Games are entertainment, true. But they can be used for great things, too!

After decades of being blamed for all sorts of bad stuff, video games are finally being recognized for their health benefits, among other things.

But it turns out that games can be helpful in really unexpected ways. Did you know gamers used them for acts of compassion and love for others, sometimes using skills they gained while playing?

Here are 5 such stories:

1. A Norwegian boy saved himself and his sister from a moose thanks to what he learned from World of Warcraft

This incredible event happened in 2007 in a small village somewhere in Norway.

One November morning, the then-12-year-old Hans Jørgen Olsen and his 10-year-old sister left for school. They always took a school bus, but on that day they were running late, so Hans decided they’ll take a shortcut through a nearby forest.

Suddenly, a large moose crossed their path. The beast has been terrorizing the neighborhood for some time now, and Hans had to act quickly, especially since he felt responsible for his sister’s safety.

The boy was an avid World of Warcraft fan. One of the skills available in this MMORPG game is “Taunt.” This ability of tank-type characters (strong warriors that are able to withstand a lot of damage) makes enemies focus only on the tank, allowing other players to deal damage safely.

And so Hans began to run, yelling at the moose. This worked well, as the animal started chasing him, allowing his sister to scamper to safety. But the boy was in a bit of a pickle. The moose suddenly hit him, sending him flying down a small hill. Luckily, his backpack took most of the hit. Hans then replicated another ability from WoW: “Feign Death.” He pretended he was dead, observing the animal through half-closed eyes. Just like a Hunter in World of Warcraft! The moose, convinced of its victory, soon left the scene.

The boy told his story at school. His fame stretched far further than just his neighborhood, as the story was picked up by news services all over the world. And 14 years later, Hans received a special Gaming Champions award, supported by G2A.COM and presented to those who proved that games are more than just entertainment. It goes without saying that he’s a perfect recipient!

2. A gamer girl from the US saved her British friend during an online game

This one should totally be made into a movie.

Back in 2020, a young gamer from Texas, Dia Lathora, saved her buddy, Aidan Jackson, who lives thousands of miles away, in Widnes, UK. During one of their online sessions, the 17-year-old Aidan suffered an epileptic seizure. At first, he just remarked he’s not feeling well. But then he went silent for a while, alarming Dia with choking noises that could mean he was in serious trouble.

The girl knew her friend’s address, but had no way of contacting his family. This did not stop her, though. She managed to contact a medical facility in the UK and rescue was on its way.

Aidan’s parents were at home, but they were busy watching TV. It was really surprising for them to see a medical team in the house. The boy’s mother said in an interview:

“They said there was an unresponsive male at the address. We said we hadn’t called anyone and they said a call had come from America. I immediately went to check on Aidan and found him extremely disorientated.”

Fortunately, it all ended well. Aidan was taken to a hospital for observation, and his parents contacted Dia to thank her for a life-saving call. Internet users soon hailed her as a hero, and she’s become the most recent recipient of the Gaming Champions award:

While saying that Dia saved her online friend just because she’s a gamer is very far-fetched, I still believe that in the world of ubiquitous callousness this is a heartwarming act that proves games do not turn people into coldhearted sociopaths.

The long-awaited Pokémon Go premiered in 2016 and became an instant hit. Millions of gamers downloaded the app and left their homes to search for the coveted little creatures, embarking on an adventure that would deliver entertainment for months to come. Even though many players lost interest over time as the hype died out a little, Pokémon Go surely helped gamers improve their fitness simply by forcing them to walk around their neighborhoods. Some went even further and saved actual animals!

One such story happened in Texas, USA. On a sunny summer day, two friends — Sara Perez and Matthew Teague — were on a walk, playing Pokémon Go. They visited a park in the southern part of Houston. While targeting some rare virtual specimens, they suddenly noticed an abandoned cage. This is what Sara wrote on her Facebook:

It turned out there were 27 animals inside, 20 hamsters and 7 tiny mice. It seemed they were abandoned on purpose. The Pokémon trainer duo took the cage to Sara’s home, where they provided them with water and food. Next, they notified SPCA, an organization dedicated to animal rescue and protection. Every single foundling was named after a Pokémon! In one of the interviews Sara remarked that were it not for the game, she would’ve never walked that far from home.

It turns out this was not the only case of Pokémon players rescuing animals. A gamer found three little kittens left to die, another one saved a puppy. Some helped bats. An animal shelter in Muncie, Indiana asked Pokémon players to walk dogs and was surprised by the number of players lining up to help!

They didn’t even have to use any Pokéballs. 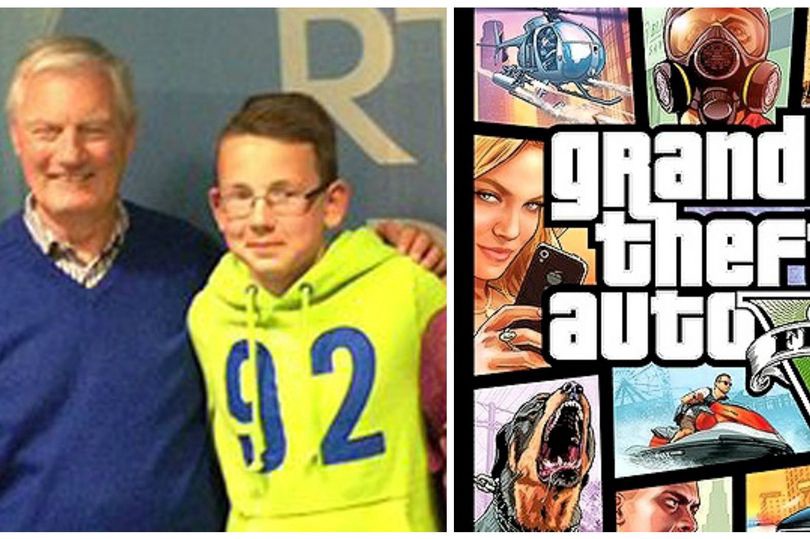 GTA is an iconic series most often associated with spectacular car chases, reckless deeds and running away from the police, breaking every possible law while at it. Hardly a game that could teach you anything useful in real life, right?

The story I’m about to tell happened on April 1, 2014, but it’s no April Fools joke. Charley Cullen, aged 11, was returning home from a drama rehearsal with his grandpa, Finn, aged 79. Suddenly, the old-timer lost consciousness, dropped the steering wheel, and pressed his foot against the gas pedal. The car reached 117 km per hour.

Finn’s brave grandson reacted swiftly. He grabbed the wheel to steer away from other vehicles and tried to awaken his grandfather, but to no avail. All this was happening on a busy main road near Slane, Ireland.

Approaching the Slane castle, the boy had two options: steer left towards the town or right towards the castle, with a huge drop by the side and a river below. Charley made the left turn, but the car hit a wall and finally stopped. The boy then pulled out the still unconscious, bleeding grandpa out of the vehicle, and even dragged him home, after which the old man was taken to the hospital. Charley also suffered a skull fracture following the accident.

What did Finn’s brave grandson had to say after the incident?

5. A boy from the Phillipines saved his friends from a grenade explosion, crediting CS:GO 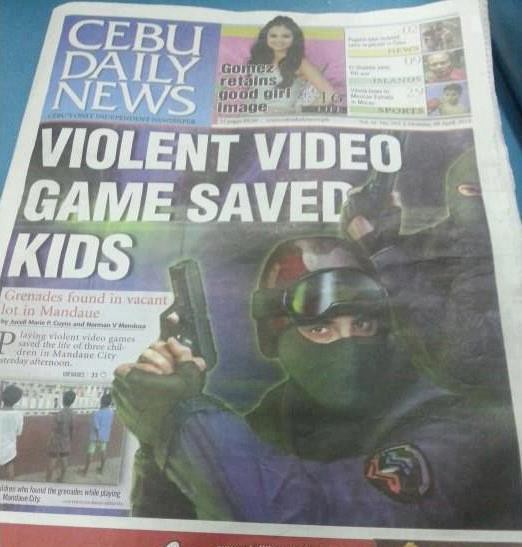 Counter-Strike: Global Offensive is one of the most popular multiplayer first-person shooters where players are either terrorists or counter-terrorists and use all sorts of firearms and explosives, including grenades. Following the 2007 Virginia Tech and 2008 Northern Illinois shootings, there were voices that assailants used violent video games for training. The Brazilian Federal Court even banned CS:GO in 2007 and ordered all copies of the game removed from the stores.

Still, there’s never been any evidence of video games causing violence in the real world. And the story I’m about to tell you shows that games such as CS:GO can teach about safety, which might be a life-saver.

Back in 2013, Jose Darwin Garciano, aged 12, was searching for scrap with his two friends, Elmer and Jerson, in an abandoned house in Manduae City, Philippines.

Messing around, they heard a crack coming from a biscuit container. Inside they discovered three grenades. When Jose saw his friends started playing with the explosives, he immediately told them to stop and leave at once. Later, he said:

“I knew that it will explode as I’ve seen it in the Counter-Strike game.”

The kids sought help, and a SWAT team arrived to secure the explosives. One of the policemen later admitted that the boys were lucky their findings did not explode.

The story made its way to the first page of Cebu Daily News, a local newspaper, and Jose was declared a hero. His swift reaction and the knowledge he got from a game saved the lives of the entire trio.

The stories above are just a few examples of games helping in real life in the least expected ways. They also show that gamers can be (and are!) good, caring people, committed to helping others.

What was the most unexpected way a video game helped you? Let me know in the comments!